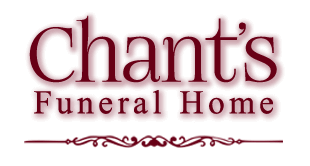 Welcome to the memorial page for

Welcome to the memorial page for

It is with sadness that we announce the death of William Gerard Gartland, after a courageous, and lengthy, battle with cancer.

He was predeceased by his parents Nora and Leo T. Gartland, sister, Mary and grand-daughter, Heather Lynn Cormier (in infancy).

Music was an important part of Gerry’s life, and he was blessed with an appreciation for all types of music.  To the very end of his life, he enjoyed and found peace and serenity in listening to Christmas carols, to mark his most favourite time of the year.  Special thanks to Jill Murphy for sharing her gift of musical companionship.

His main pride and joy was watching his children and grand-children growing up to be fine citizens and credits to their communities.

At Gerry’s request, there will be no visitation. Funeral Mass will take place 11:00 am  at Stella Maris Parish,Louisbourg Wednesday Dec 27th

There will be a gathering at the Louisbourg Fire Hall following the Mass.

In lieu of flowers, please consider donating to the An Cala Palliative Care Unit, the Music Therapy program with Hospice, the CNIB, the VON, or the Canadian Cancer Society.

Heartfelt thanks to the nurses of the VON and Palliative Care, especially Helen Sweeney and Holly Winn, and the physicians who have provided compassionate care on his journey.

For all the love and laughter, “T’anks ma b’y”.

A service summary is not available

A year of daily grief support

Our support in your time of need does not end after the funeral services.  Enter your email below to receive a grief support message from us each day for a year.  You can unsubscribe at any time.